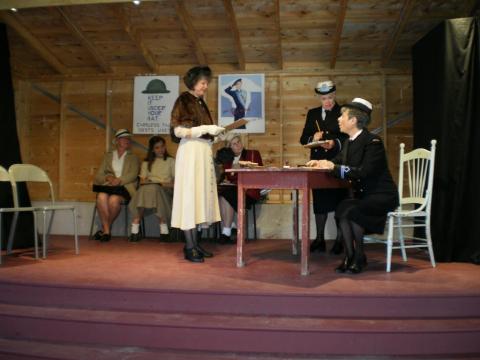 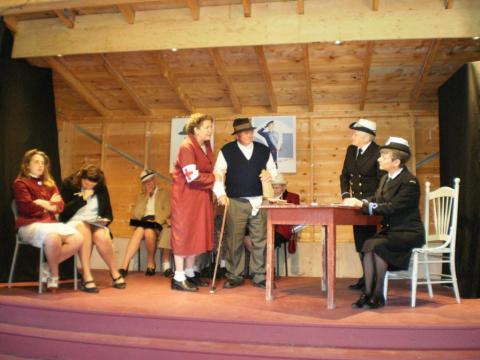 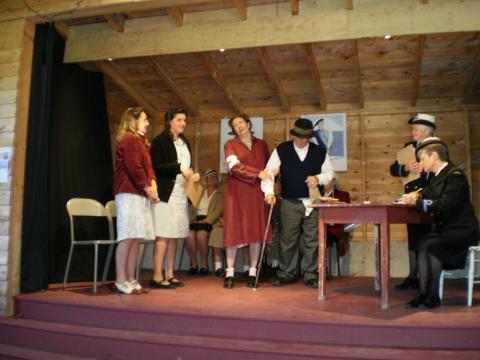 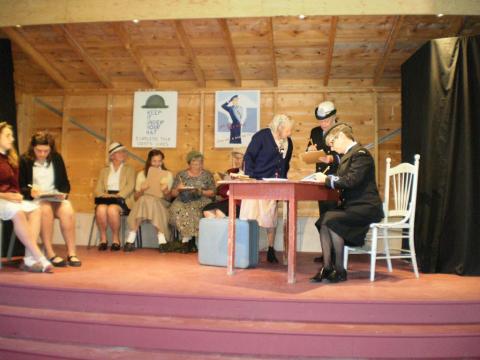 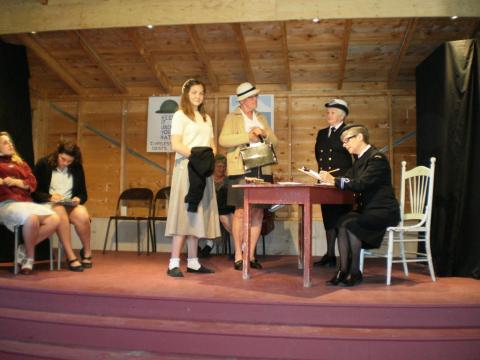 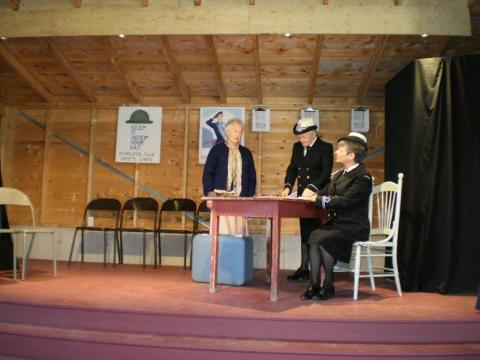 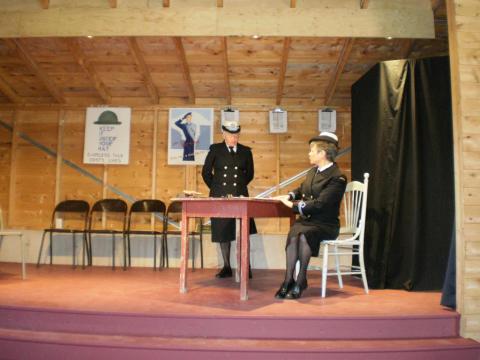 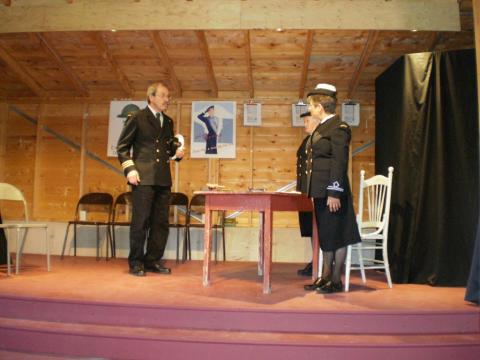 Written for and performed by the Eastern Shore Players, this light comedy is set in 1943 in a Halifax Wrens' recruitment office in Halifax during WW2.

In early 1942, when the Wrens were established here in Canada, a training facility was set up at Halifax Dockyard and named HMCS Cornwallis whilst a new base was being made ready in the Annapolis Basin.  HMCS Kings at Dalhousie was named 'the stone frigate'.  Here they trained Naval Officers.

Girls could join the Wrens from the age of 18 and in 1943, candidates up to the age of 56 were allowed to join.  However, many young women lied about their age so that they could join the Wrens because they liked the uniform.  The Wrens attracted women from all walks of life, including farm girls, debutantes, students and factory workers.

After passing a medical examination, basic training took 2 weeks.  Some women hated it and ran away or deliberately got pregnant so that they could leave.

[Performed at the Memory Lane Heritage Village Variety Show and at The Bicentennial the week before Memorial Day, feedback indicated the audience found the play both informative and entertaining.  This could make a good school production.]